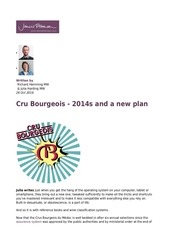 More leafy on the palate, juicy and fresh and lots of pleasure. 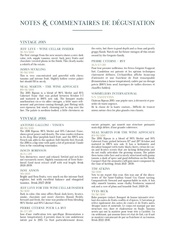 Slightly hollow center palate but should fill in nicely.

The palate will be seduce with white fruit aromas of apple and pear.

Pretty rich on the nose, with creamy citrus and nectarine on the palate this wine has spent just under eight months in barrel. 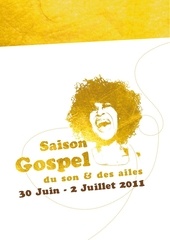 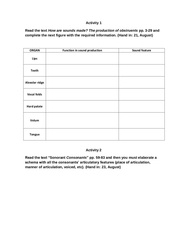 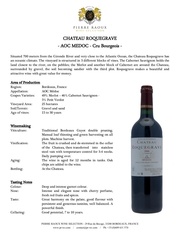 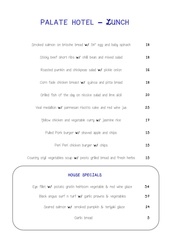 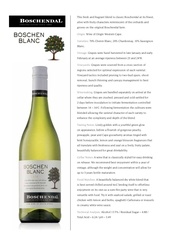 Lively golden with a youthful green glow on appearance, before a flourish of gorgeous peachy, pineapple, pear and Cape gooseberry aromas tinged with feint honeysuckle, lemon and orange blossom fragrances that all translate with freshness and zeal on a lively, fruity palate, beautifully balanced for great drinkability.

We also underwent training to educate our palate to the wine. 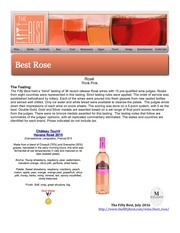 Only ice water and white bread were available to cleanse the palate.

The palate is terrific, extremely expressive and focused with seamless length.

DOMAINE DE LA CHARBONNIÈRE CHÂTEAUNEUFDU-PAPE CUVÉE VIEILLES VIGNES 2015 Even and supple red to dark cherry and red plum fruits with a palate presence that has powerful ripe tannins that are presented in a smooth, balanced style. 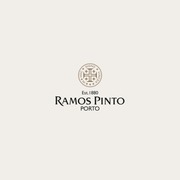 On the palate the wine has a very sweet and velvety attack with old muscat, brioche and vermouth like flavours. 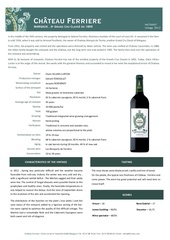 In the middle of the XVIII century, the property belonged to Gabriel Ferrière, illustrious member of the court of Louis XV. It remained in the fami‐ ly until 1914, when it was sold to Armand Feuillerat, the owner of Chateau Marquis de Terme, another Grand Cru Classé of Margaux.   From 1952, the property was rented and the operations were directed by Alexis Lichine. The wine was vinified at Chateau Lascombes. In 1988,  the Villars family bought the vineyards and the château, but the long term rent only ended in 1992. The family then took over the operations of  the vineyard and winemaking.  With its 16 hectares of vineyards, Chateau Ferriere has one of the smallest property of the Grands Crus Classés in 1855. Today, Claire Villars‐ Lurton is at the origin of this revival. She works with the greatest fineness and succeeded to reveal in her wine the exceptional terroir of Chateau            Ferriere.  Owner  Claire VILLARS LURTON  Production manager  Gérard FENOUILLET  Winemaking consultant  Jacques BOISSENOT  Surface of the wineyard  16 hectares  Soil  Plantation  Average age of vineyard  Density  Yield  Growing  Harvest  Vinification    Fermentation on skins  Blending  Aging  Deep gravels on limestone substrate  65 % cabernet sauvignon, 30 % merlot, 5 % cabernet franc  45 years   10 000 plants/ha  700 g/plant  Traditional‐Integrated wine growing management  Hand picking  Traditional in concrete and wooden vats,   whose volumes are proportional to the plots  19 to 24 days  68 % cabernet sauvignon, 30 % merlot, 2 % cabernet franc  In oak barrels during 18 months. 40 % of new oak  Second wine  Les Remparts de Ferrière  Conservation  10 to 30 years  CHARACTERISTICS OF THE VINTAGE  TASTING  In  2012  ,  Spring  was  particular  difficult  and  the  weather  became   The nose shows some blackcurrant, vanilla and hint of wood.   favorable from mid‐July. Indeed, the winter was very cold and dry ,  On the palate, the typical nice freshness of Château  Ferrière and  with a significant rainfall deficit . The Merlots sagged and their yields  some power. The wine has great potential and will need time to  were low. The control of fungal diseases were possible thanks to the  prophylaxis and healthy vines. Finally, the favorable temperatures in  reveal itself.  July helped to recover the delays. And the rains of September drove  to the evolution of the skin and accelerated the ripening.  SCORES  The  distribution  of  the  bunches  on  the  plant  (  low  yields  )  and  the  sane status of the vineyard, added to a rigorous sorting of the ber‐ Vinum – 18                                                       René Gabriel – 17    ries were capital to optimize the quality of this difficult vintage. The   James Suckling – 90/91                                  Decanter – 16,75    Merlots  had  a  remarkable  flesh  and  the  Cabernets  Sauvignon  were  both sweet and rich of elegance.  Wine spectator – 88/91    Château Ferrière– 33 bis rue de la Trémoille 33460 Margaux / Tél : 05 57 88 76 65 / Fax : 05 57 88 98 33 / Email : infos@ferriere.com 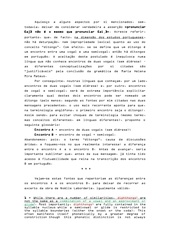 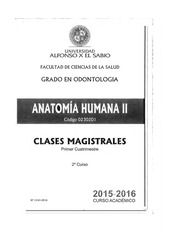 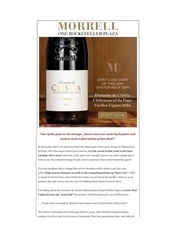 Sporting a deep purple color as well as a huge perfume of blackberries, black raspberries, garrigue, crushed flowers, and exotic spices, it hits the palate with a wealth of fruit, a stacked midpalate, awesome purity of fruit, and a finish that won’t quit.

Whether you chose buffet-style, sit-down or a combination of the two, we’ll custom design delectable dreamy menus that suit your style and palate.